Welcome to Voice of Salam!

Voice of Salam (Voice of Peace) was founded in 2015 to raise awareness of a range of global issues and advocate for the promotion, protection and understanding of human rights, interfaith, social and cultural issues.

Check out the blog for all the latest thoughts and opinions and don’t forget to subscribe to our mailing list to keep up-to-date with all the latest news.

Founder and Director, Voice of Salam

Voice of Salam (Voice of Peace) was founded in 2015 to raise awareness of a range of global issues and advocate for the promotion, protection and understanding of human rights, interfaith, social and cultural issues.

Voice of Salam’s vision is of a world where every human being is treated with equal dignity with full respect to their human rights, regardless of their gender-identity, sexuality, ethnic background, nationality or religious affiliation.

Voice of Salam’s mission is to break down barriers between people from diverse faith and cultural communities and promote the protection of human rights worldwide.

To raise awareness of, campaign and advocate for a wide range of socio-cultural, human rights, intercultural and interfaith issues.

Voice of Salam stands against all forms of hatred, including antisemitism, anti-Muslim hatred/Islamophobia, racism, xenophobia, homophobia, biphobia, transphobia, misogyny and discrimination against people living with disabilities.

Voice of Salam refers to the IHRA definition of antisemitism.

Voice of Salam is a non-partisan, non-political organisation made of up members of varied faith and cultural backgrounds.

Voice of Salam does not hold an official position on political issues and global conflicts including the Israeli-Palestinian conflict. Voice of Salam would like to see a future free from violence in which Israelis and Palestinians can both live in freedom, peace and security.

At Voice of Salam, we believe in strength in numbers and consequently belong to a range of national and international networks/bodies.

Children of Peace – member of the Coalition of Peace

Faith and Belief Forum – Signatory to the Charter of Inclusion 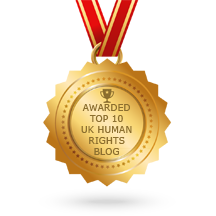 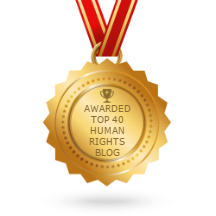 Here’s some of the great feedback we’re received through our work so far:

Thank you for posting. It really allowed me to have my own voice.

Voice of Salam fills an important niche to bridge different communities and enable dialogue where too little exists.

Voice of Salam is a blogsite that challenges bigotry and which stands up for humanism within religion. It has also challenges Islamist extremism and intolerance where it has found it and is an excellent platform for writers who believe in placing humanism at the heart of faith.

Voice of Salam is a great platform providing inspirational and impactful articles on human rights and gender equality thus helping people to speak on global issues.

Our world is in dire need of humble and selfless souls for the service of humankind. May God reward you abundantly for all the tireless work that you do for the promotion of peace, justice and harmony.

Voice of Salam is a great place for those who want to meet up with others who share the core principles and to make the world a better place, day by day.

I love this page. I love reading the feeds.

As someone who considers themselves a conservative Muslimah, I love Voice of Salam’s platform because it forces me to get outside of my own bubble and consider things from diverse perspectives, as well as bringing important, often closeted, issues into the public discourse.

Voice of Salam is a blog written by Elizabeth Arif-Fear, who unlike her name is a fearless Muslim focussing on controversial and difficult issues. Even just scrolling through the blog list you will see that she is consistently and regularly addressing themes such as LGBT, intolerance and inter faith. She is not the only Muslim doing this work but is perhaps the only individual writing a series of themed blogs in this way, and also giving space to guest bloggers. Please subscribe.

Voice of Salam is about promoting peace, building bridges and exposing injustice around the world. The blogs are fearless and push the boundaries in a refreshing manner. The site challenges intolerance and extreme views.

Voice of Salam is a much needed blog that gives a platform to minority Muslim voices. It’s a refreshing voice dedicated to human rights and inspiring movements.

If you’ve been inspired by our work – get in touch!

You can also read our previous newsletters here by clicking on the images below: