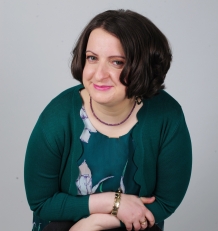 Committed to human rights activism from a young age, Elizabeth studied languages/translation and human rights at postgraduate level, including some study within Islamic Studies (Feminism in the Muslim World). She converted to Islam whilst in her final year at university.

A dedicated writer and campaigner, Elizabeth is active with a range of organisations and bodies dedicated to promoting peace, strengthening interfaith cohesion, eradicating prejudice and protecting human rights, including:

Elizabeth has written for a range of organisations/publications including: Globe Post, Haaretz, She Speaks We Hear and Jewish News. Passionate about languages, Elizabeth also works as a volunteer translator/proofreader for non-profit causes including Global Voices.

As a Muslim activist, Elizabeth remains committed to fighting antisemitism and providing a platform for more nuanced views of the Israeli-Palestinian conflict. Elizabeth is Co-Chair of the Marylebone Nisa-Nashim group, a trustee for Muslims Against Antisemitism and a member of the steering committee of the UK Friends of the Bereaved Families Forum (FBFF). She is also an official Friend of a London-based synagogue and has several years’ previous experience volunteering on interfaith and social action projects at another central London synagogue.

In 2019, Elizabeth won the St. Ethelburga’s award for Sacred Activist of the Year and also became a published poet. Her debut poetry collection “What If It Were You?” (2019) focuses on a range of critical human rights issues, including FGM, child marriage, modern slavery and the rights of refugees and was submitted for the 2019 People’s Book Prize (fiction).

Elizabeth is currently a fellow on the United Nations Alliance of Civilizations (UNAOC) 2020 fellowship programme. 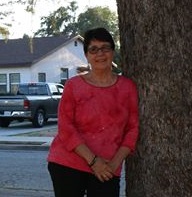 Roni Roseberg is a Jewish-American educator, based in the USA.

She graduated with a BA in Anthropology from UCLA, obtained her Adult Education teaching credential from UC Berkeley, and her MA in Integrative and Holistic Education from California State University, San Bernardino.

Dedicated to building peace through education, Roni has worked as an educator since 1972. With students of all ages, she has taught English as a Second Language to adults from over 70 cultures and countries in colleges and adult schools.

From 1990 to 2000, she was a safety educator and spokesperson for Santa Monica Fire Department.

She taught for Santa Monica College from 2000 to 2004 and the Inland Center for Career Education (formerly San Bernardino Adult School) from 2005 to the present, teaching ESL, and presently, high school subjects in the California State Re-entry Initiative Center for those on parole.