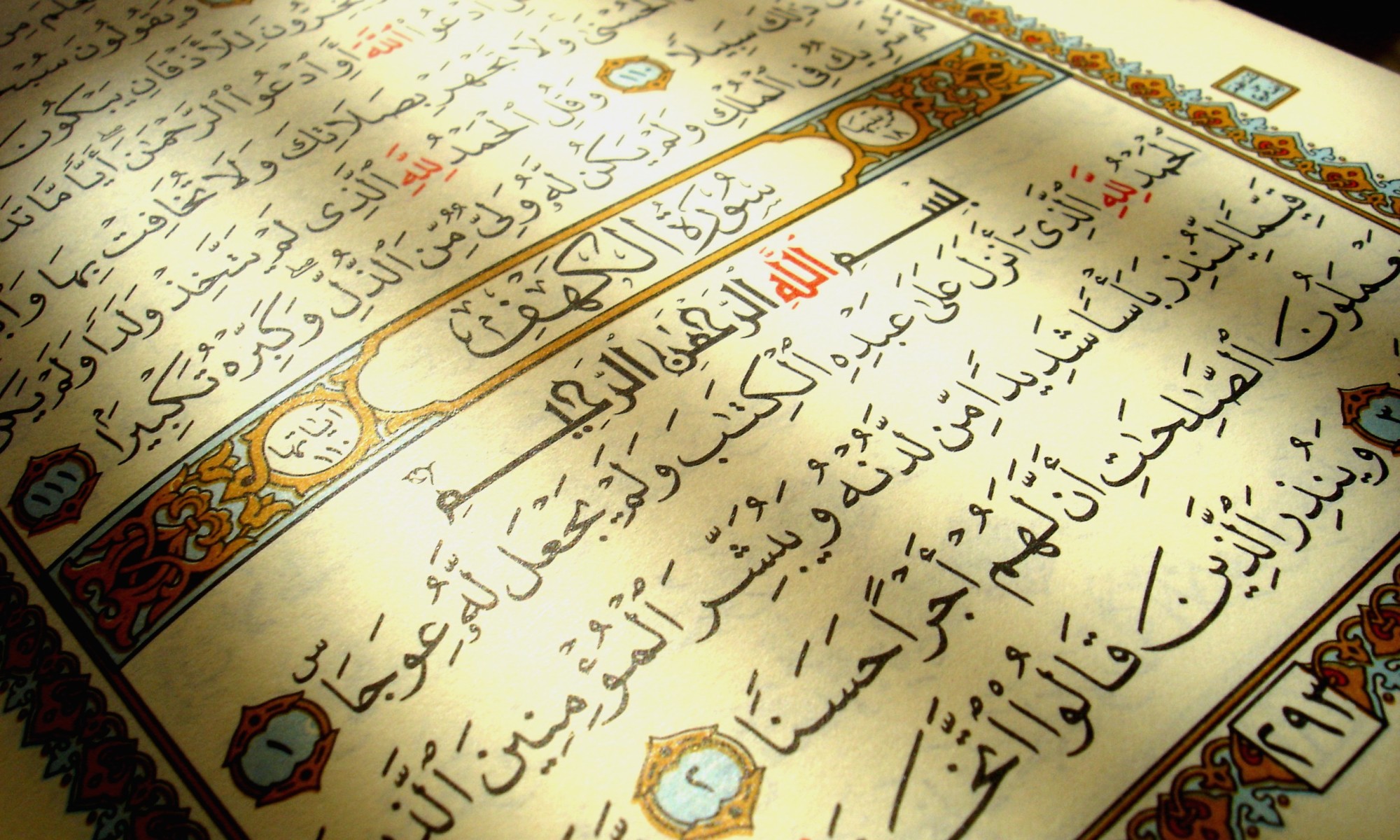 There’s a lot of talk surrounding the “incompatibility” of human rights discourse and Islamic teachings, from both Muslims and non-Muslims alike. Obviously, I don’t believe that is true and that’s what this blog is about – spreading the message and raising awareness! I wanted to get an expert opinion, to really delve into the issue to show people out there what Islam really is all about and I’m delighted to have spoken with expert in Islamic theology and Human Rights Arnold Yasin Mol. Arnold is an academic at Leiden University (Netherlands) and lecturer in Islamic Studies at Fahm Institute. As such, he was able to provide a full insight on how Islam relates to human rights discourse past and present. Here’s what he had to say- you might just be surprised!

VoS: What does “being a Muslim” mean?

A: In Islamic theology, this first of all is defined by the verbal declaration of the Shahada, the testimony of one’s acceptance of monotheism and Muhammad’s messengerhood. Everybody who has professed this, or is being brought up by parents who profess this, is technically considered a Muslim. […] There are beliefs upheld by certain [people] in the past and present which negate the Shahada in such a clear way that, at least from a Sunni theology point of view, they lay outside the fold of Islam. But the majority of schools and sects from the Sunni, Shia, and Ibadhi schools of thoughts are considered Muslim. Even though these schools can consider the other as mistaken or misguided in several issues, and therefore ‘not rightfully guided’, they do not reject their status as Muslims. This intrapluralism accepted in classical Islam is largely misunderstood by many Muslims today, so thankfully there are projects as the Amman message. Apart from this issue of label and identity, there is of course in each school an ideal concept of how a Muslim must believe and act. […] I generally summarise being Muslim as it is stated in Qur’an verse 3:18 which links monotheism to ethical activism. Being a witness of God’s oneness has ethical consequences, one is obliged to stand up for justice and goodness as these are all attributes of God Himself.

VoS: What does Islam teach (or not teach) in terms of human rights?

A: Classical Islam divided beliefs, rituals, and social acts between falling under the rights of God (Huquq Allah) and human rights (Huquq al-Nass/Adamiyya). As Muslims, we try to fulfill the rights of God (belief and rituals, and public good) and of Man (personal human rights) as the Qur’an was revealed, according to classical theology, to pursue the welfare (maslaha) of mankind. As God is needless of His rights, He doesn’t need our beliefs or rituals, it means the fulfillment of His rights is a private matter between a person and God, between the Creator and His servant. But as humans do need rights to exist, the twelfth century theologian al-Razi says, these must always take precedent.

These concepts of Huquq were already formed in the 8th century, centuries before European thought developed their own concepts of rights. These Huquq were understood to be universal, whatever one’s creed, age, or mental state, and were central in classical Islam in their construction of law and ethics, but also theology. The question why God allowed polytheism and heresy on earth was explained through His radical monotheism, He doesn’t need creation for Himself to exist, so whatever creation believes does not serve Him. Fulfilling God’s rights in relation to belief and ritual is a matter of rational understanding and love for God, but any lapses in His rights He allows because of His mercy for, and independence of, creation. Humans on the other hand need their rights to be protected for them to exist fully, and so the main function of any society is to protect and sustain these rights. In classical Islam there developed a long list of human rights, but they all revolved around three fundamental rights: the right of inviolability (haqq al-ismah), meaning every life is sacred, the right of freedom (haqq al-Hurriyya), meaning the right to not be a slave, and the right of property (haqq al-Malakiyya). So, Islam acknowledges the concept of human rights, and the absolute centrality and precedence of human rights in both the political and religious sphere. Modern human rights declarations are the result of centuries of global theological and philosophical thought, and are not simply a Western project. 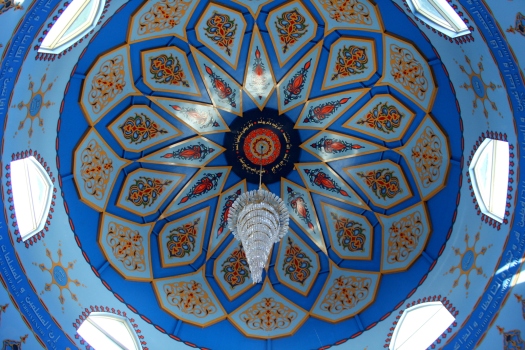 VoS: Certain Islamic preachers state that the Universal Declaration of Human Rights for example is a “kafir document” and non-Islamic. What would you say to such statements?

A: Modern human rights declarations are the result of centuries of global theological and philosophical thought, and are not simply a Western project. The UNDHR of 1948 was set up by an international team of theologians, philosophers and jurists. Earlier pre-WWII international treaties had been signed by the Ottoman caliph, and contemporary post-WWII treaties have been developed and signed by almost all Muslim countries. The language of these treaties apply Western judicial terminology and structure, but their contents are mainly universal and developed by international councils. So to view these treaties as simply non-Islamic or as secular products is false. Also the idea that modern human rights is in conflict with the “Sharia” is also false, as what Sharia is is determined by the science of Fiqh [Islamic jurisprudence]. And Fiqh was historically always in development, and always took human welfare and rights as its central concern.

The problem with the discussions on Islam and human rights is mainly that the latter is viewed as an alien concept, and the former as fixed and non-dynamic. The 19th century colonisation of the Muslim world, and the development of these colonies into nation states, has created a both a suspicion of Western discourse and a detachment with the humanism of classical Islam. Also 19th-20th century western Orientalism, whereby Islam was viewed as inferior and barbaric, has turned into Islamophobia whereby modern human rights are used to criticise Islam and Muslim societies. All of these historical trajectories has distorted the discourse of Islam and human rights. Classical Islam constructed its own human rights discourse from the start, and used it as both criteria and objective in Fiqh, meaning their understanding of what Sharia is was always related to the protection of human rights. Interpretations that caused human harm (mafsada) and derailed human welfare (maslaha) were not considered truly Islamic.

The Sharia is not simply “what a certain texts says”, but has a hierarchical structure whereby the upholding of human rights were seen as part of the highest objectives of the Sharia itself, and all other interpretations are subject to these higher objectives to sustain a coherence. Interpreting the Sharia in relation to human rights is what classical Islam has always done. And these rights were based on the Qur’an and Sunna [example of Prophet Muhammad, pbuh], but were also seen as universal both in scope and acceptance among other religions and cultures. Modern human rights are an international project, they are a result of human reason (aql) and nature (fitra) pursuing human welfare, and are therefore legit criteria for interpreting the Sharia.

A: Yes, human rights was, and is, the main concern of the Sharia – human welfare is why the Qur’an was revealed. This central concept must return in the main Muslim mindset. How these rights are defined and constructed is an international and ongoing project, and it is vital that Muslims remain part of this project as Muslims, and not simply as representatives of Muslim majority nation states. Muslims are now important minorities in several western countries, and the centrality of human rights in both their identity as citizens and as Muslims is vital in their emancipation as minorities (i.e. fighting discrimination and Islamophobia) and as the representatives of Islam (i.e. Islam’s mission is to pursue human welfare).

VoS: So how can young Muslims learn more about and engage more in defending human rights?

A: The history of human rights discourse in classical Islam (the Huquq) must become more accessible through both publications and its return into general Muslim discourse (Friday Khutbahs [sermons], lectures etc.), and the history of modern human rights. In this way, they can see the resemblance between the two, and how these are a logical extension of the other. Islamic theology was a theology of rational ethical monotheism, it was a humanistic theology, but today this humanism has been lost. It must be rediscovered both through a return to studying classical Islamic sources, and a rethinking of how that classical humanistic mentality would redefine Islam today.

So remember folks: what Muslims do doesn’t always represent what Islam is!

I’d like to thank Arnold Yasin Mol for all his time in taking part in this interview and to wish him and his colleagues all the very best in their work in shaa Allah.