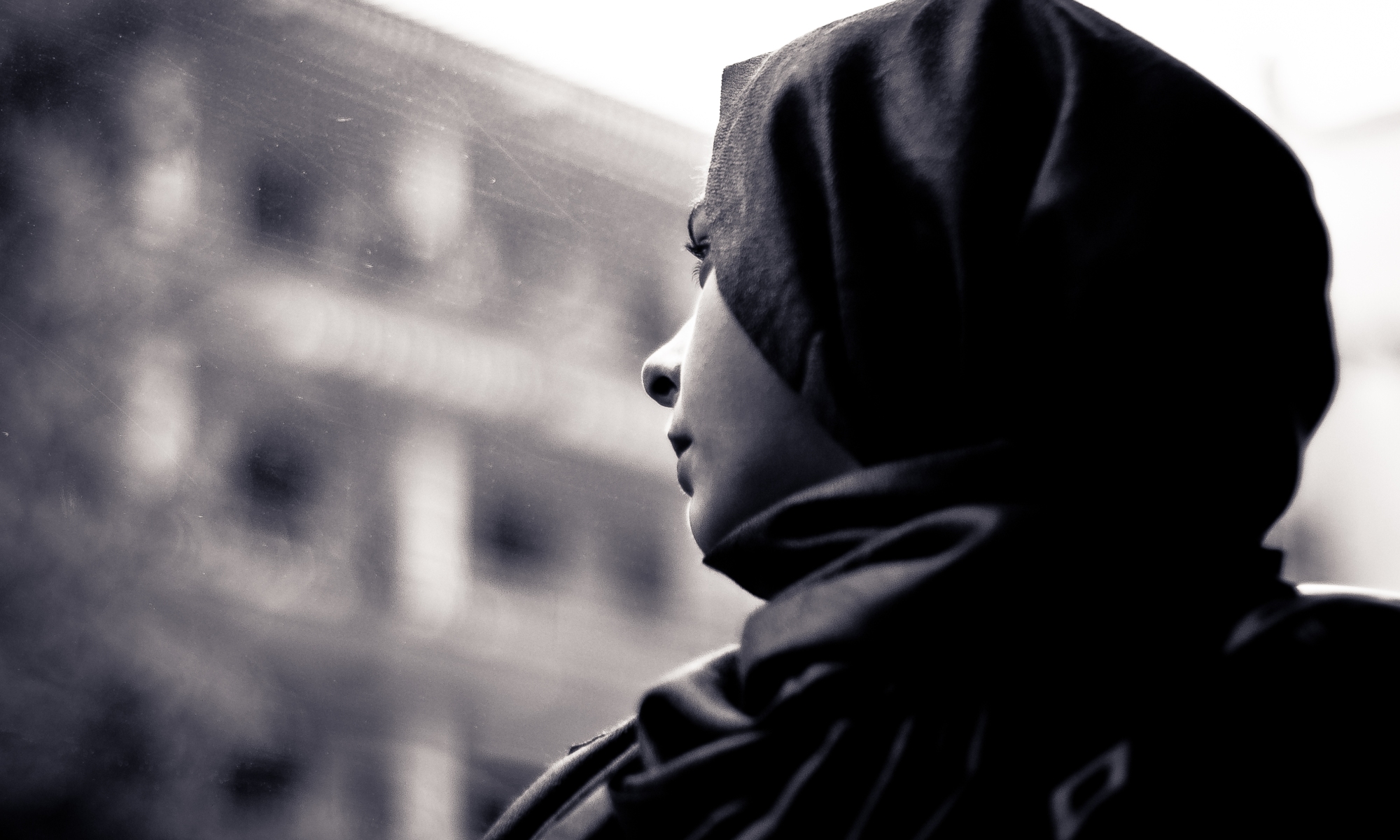 Muslim women… There’s so many stereotypes out there – oppressed, silent, uneducated, meek, mild etc. The list goes on! In several previous posts I’ve written about women in Islam, including one particular post on common misconceptions of Muslim women, to try and dispel some of these myths (or in some cases un-Islamic behaviour). Having established that Muslim women do indeed have a real intellectual, spiritual and emotional role within Islam and the Muslim world – despite the toxic narratives and misogynistic behaviour out there –  I’d like to draw your attention to a few of the many amazing Muslim women out there!

Here’s ten  influential women in Islamic history whose legacy and influence are so great that they continue today. Prepare to be inspired!

In Biblical times, Hajer was the daughter of an Egyptian king, given to Abraham (Ibrahim) as a slave. As a result, she bore a son – Prophet Ishmael (Ismail). Ismail is in fact an important figure in the lineage between Prophet Muhammed. However, as Abraham’s other wife Sarah was jealous of Hagar following birth of Ismail, she asked for her to be sent away. Allah then revealed to Abraham to take them to Mecca. Abraham took them to the desert where they were left with no water. As Hajar and baby Ismail struggled without water in the stifling heat, Hajer ran between the hills of al-Safa and al-Marwa in search of something to drink. After the seventh time running between the two hills, an angel appeared and a spring burst forth. This well is known as “Zamzam” and is a holy source of water used to heal oneself. During Hajj – the Islamic pilgrimage in Mecca – every single Muslim (male and female) now runs exactly between these two points, remembering Hajer’s courage, trust and faith in God.

Asiya was the wife of Pharaoh during the reign of Moses (Musa). As Pharoah was killing the first born sons in the land, Moses’ mother received a revelation to leave her baby son in a basket in the river. Asiya and her maid later found Moses in the river and Pharaoh’s wife raised him as her son. Asiya – unlike her tyrannical husband – was a believer in (The One) God and witnessed Moses’ miracles. She worshipped God in secret though as her husband disliked and killed many of the believers. However, after witnessing the death of a believing woman who had been tortured under Pharaoh’s orders, she openly declared her faith to her husband. Pharaoh tried to turn his wife away from God but Asiya refused to deny Him. Due to her faith and rebellion, she was then tortured to death – dying as a martyr as a result. To Muslims, Asiya represents faithfulness, virtue and piety. Despite her husband’s beliefs and behaviour, she was loyal to God, showing how women can practice their faith regardless of their circumstances as we are all independent spiritual beings.

Mary – mother of Prophet Jesus (Issa) – is one of the most important women in the Qur’an and in fact the only woman identified by name in the Qur’an itself. Her name actually features more in the Qur’an than the New Testament. The 19th chapter of the Qur’an (composed of 98 verses) is named after Mary and discusses her pregnancy, Jesus’ birth and the miracle of how he spoke in the cradle:

She said, “How can I have a boy while no man has touched me and I have not been unchaste?”

He said, “Thus [it will be]; your Lord says, ‘It is easy for Me, and We will make him a sign to the people and a mercy from Us. And it is a matter [already] decreed.’ “

So she conceived him, and she withdrew with him to a remote place. […] Then she brought him to her people, carrying him. They said, “O Mary, you have certainly done a thing unprecedented. O sister of Aaron, your father was not a man of evil, nor was your mother unchaste.” So she pointed to him. They said, “How can we speak to one who is in the cradle a child?” .

[Jesus] said, “Indeed, I am the servant of Allah. He has given me the Scripture and made me a prophet….

That is Jesus, the son of Mary – the word of truth about which they are in dispute.

A successful entrepreneur and elite figure in Mecca in her own right, Khadija was Prophet Muhammad’s first wife. The couple were married for 25 years and it was Khadija that in fact became the first “Muslim” in accepting her husband’s revelation, providing him crucial emotional support during the period of the emergence of Islam:

God Almighty never granted me anyone better in this life than her. She accepted me when people deprived me; and God granted me children only through her. (Muslim)

Something you may not also know is that it was Khadija that first proposed the idea of marriage – not Prophet Muhammad (pbuh)!

Another influential wife of Prophet Muhammad (who died in 632) was Aisha, who played central role in political opposition to 3rd/4th caliphs Uthman ibn Affan/Ali ibn Abi Talib and was an early jurist and hadith transmitter of Islamic teachings. As one of the major narrators of the ahadith (sayings and practices of Prophet Muhammed), she played a highly active role in scholarship, politics and the public sphere as a whole.

Prophet Muhammad’s youngest daughter (considered the only daughter of Khadija in Shia tradition) is known by many titles such as “al-Zahra” (“the shining one”), Fatima Zahra and “al-Batul” (the chaste, the pure one), acknowledged as spending a lot of time in prayer, reciting Qur’an and in other acts of worship.

Also known as Umm Ammara, Nusayba was a member of Banu Hajjar tribe – a Jewish tribe mentioned in the Charter of Medina, outlining a multifaith State with other religious communities. Nusayba was one of earliest converts to Islam in Medina and was a companion of Prophet Muhammad. She was well versed in the Qur’an and ahadith and was one of the first advocates for women’s rights. She questioned Prophet Muhammad about God addressing men in the Qur’an, asking: “Why does God only address men (in the Qur’an)?” The following verse was then revealed which outlines how men and woman are spiritual equals:

Rabia of Basra was an important Sufi mystic and poet. Born into a poor family, she lived as a slave in southern Iraq, later gaining her freedom after her owner saw her prostrating in prayer with an aura of light surrounding her. As the founder of Sufi school of “Divine Love”, she emphasised the importance of loving God, rather than fearing punishment or seeking reward from God for our actions. One day, she was out walking, holding a bucket of water in one hand and lit candle in the other, and was asked why she was doing so. She replied: “I want to set fire to heaven with this flame and put out the fire of hell with this water so that people will cease to worship God for fear of hell or temptation of heaven. One must love God as God is love”.  Her emphasis on loving Allah can also be seen in this beautiful poem:

Fatima is the founder of oldest university in the world. After inheriting a large fortune, Fatima wanted to invest in work which would be of benefit to the community, so she built Al-Qarawiyyin mosque. During the 10-12th centuries this then became Al-Qarawiyyin University. This centre of study has since been recognised by the Guinness Book of World Records and UNESCO as the oldest ongoing higher education institution in the world.

Nana Asma’u is one very inspiring woman! As the daughter of the founder of the Sokoto Caliphate, Usman dan Fodio, this multilingual princess, poet and teacher was well educated in Qur’anic studies and passionate about women’s education. In 1830, Nana formed a group of fellow female teachers and travelled around poor and rural areas to educate women. She is an important pre-modern feminist figure in Africa and advocate of women’s independence and education in Islam and the Muslim world. As a result of her work, many Islamic organisations, meeting halls and schools in Nigeria have since been named after her in her honour. Her works have also been re-published and re-translated as her influence is still strong today.

7 Replies to “Think women have no place in Islam? Take a look at these 10 influential historical figures…”