The other day I was talking to an acquaintance about a trip he took abroad and the difficulties he’d faced. However, the conversation left me with a niggly unpleasant feeling.

You see, as a woman – despite his best intentions – I’d found the conversation offensive. How? Well, it was with one little phrase: “I was such a girl!”

By attempting to describe himself as impatient, scared and moody whilst abroad, he was equating masculinity and “acting like a man” with strength and women and “femininity” with weakness.

For someone to unintentionally perpetuate negative sexist stereotypes through a very common expression, sadly shows just how deeply engrained sexism is in our society. This got me thinking about the many other sexist expressions that we (yes even me!) commonly use.

As both men and women, we need to identify sexist language and call it out for what it is. So, here’s 10 more examples of everyday sexism in English.

Telling someone to “man up” means what you’re actually saying is that “being a man” means being “strong”, fearless and confident. You’re saying that men should not show and feel (perfectly normal) emotions.

You’re in fact discouraging a sense of positive masculinity and declaring that women are instead weak, over-emotional, scared and un-daring!

Women don’t need male genitalia to be strong – despite what the opposite rather vulgar “female equivalent” of this expression would imply! A person is strong irrespective of their gender/sex.

We are all on various journeys and paths of development and there are many kinds of strength (emotional, physical, spiritual) which are also irrelevant to sex/gender.

This horrible expression is both sexist, homophobic and transphobic.

By calling a man a “sissy”, you’re referring to him as feminine (female-like), “unmanly”, weak and cowardly, as opposed to an apparently strong, brave, “rugged” male specimen…

Announcing that the woman is the man’s “property” (instead of declaring “husband and wife”), this expression is thankfully nowadays less common than it used to be.

In other languages however such as French, the term “femme” meaning “woman” is still commonly used to refer to your wife. So, it’s not just here. Equal partnerships folks!

I won’t get into whether a woman should or shouldn’t change her surname when getting married. What I will say is that the term “maiden name” is incredibly patronisingly sexist.

A “maiden” is an outdated term referring to a young (teenage-ish), “innocently naïve” unmarried woman (usually a virgin). This old-fashioned term implies women should be married at a young age and that women above a certain age are “past it”. No.

Women have the right to get married whenever they like and should not be defined by their marital status.

6. To wear the trousers in the relationship

Trousers are traditionally associated with masculinity as in earlier days they were only worn by men (when women were seen as men’s property). However, many women now choose to wear (or not wear) trousers, men also don’t own women and nor should women seek to dominate men.

A couple is (supposed to be) an equal team made of two individuals with their own strengths and flaws, complete with dialogue, consensus and compromise.

Does the man flu even exist? I’m sorry fellas but this just wreaks of a sense of self-entitlement. Women and men both get colds and the flu.

The flu is completely debilitating – a cold is not. Don’t shoot me here but women often have more household and childcaring responsibilities and I for one know that when I’m run down I get ill.

Male or female – deal with your health issue and if it really is the flu then rest but please don’t make everyone else suffer!

The age-old double standard of “sow your wild oats” legitimises male promiscuity and objectifies women as sex objects. Women instead who do the same are however called all number of derogatory names.

I’m not here to comment on people’s own sexual behaviour but to point out that there is a clear double standard here. “Sowing your oats” is portrayed as some kind of masculine biological-anthropological “natural need” even in the 21st century.

9. Boys will be boys

Parents and relatives may say: “Ah well, boys will be boys” to excuse all manner of things at any given moment (usually during their youth).

At the same time, the same would not be said for the girls. Using this expression implies that men can do X, Y Z freely but girls must not. Once again, there’s a clear double standard here.

10. To get your knickers in a twist 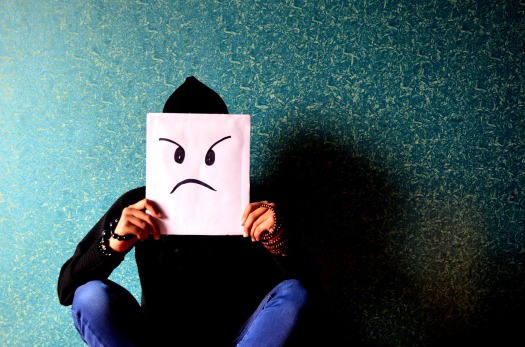 Going back to number six and the stereotype of men as strong, dominant and independent, knickers (a female garment) are instead associated with awkward moodiness, over-sensitivity and irrationality.

Men obviously have their own undergarments and as with examples 1 and 2, are portrayed as strong, emotionless, brave specimens in their masculinity in the crudest of terms!

So, there you have it. This language ultimately boils down to a sexist, misogynistic dichotomy of:

Well, let me tell you this: women are strong. We all have emotions and how we feel is certainly not a “weakness”.

Every human being is an individual and we should not to be defined by our martial status, age, gender etc. So please, let’s avoid such sexist language and spread a more positive egalitarian message!