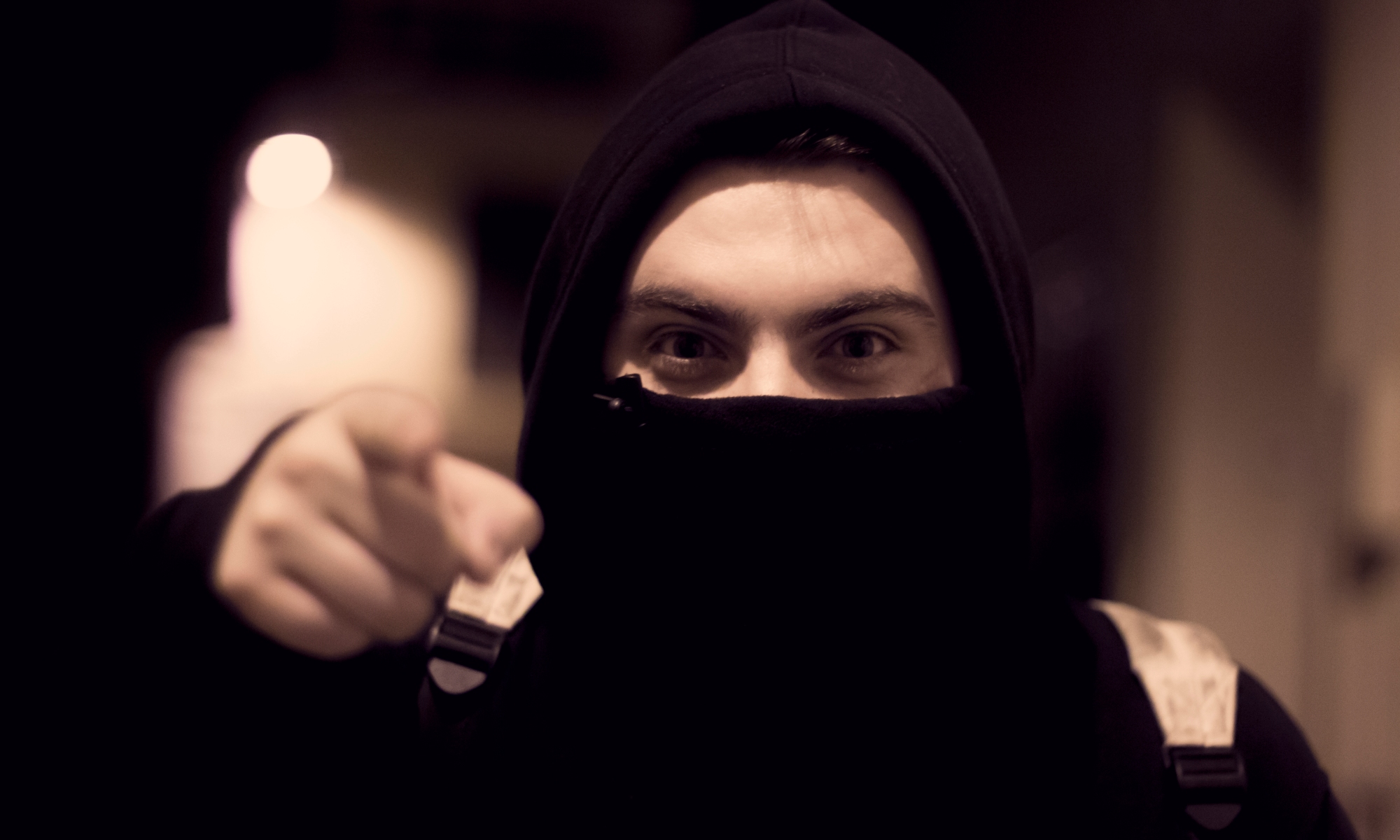 Across the Muslim world – including here in the UK – there is an ever growing insular, dogmatic and bigoted form of “Islam” being promoted by young social media, YouTube and street preachers and more sustained renowned figures/scholars.

These figures are promoting a monolithic, homogenised version of Islam in which Muslims are politicised, victimised and ostracised (spiritually, emotionally, socially and psychologically) from the wider non-Muslim community.

According to this toxic ideology, the world is composed of “us” (Muslims) vs. “them” (the “evil” non-Muslim “West”). They intertwine and twist theology, history and social realities to push this harmful narrative. Read on to find out how!

Have you heard of any of these terms? If not, you might wonder what an earth I’m on about!

Well, you see, these two terms are used to demonise what they call the “moderate” Muslim a.k.a “the sellout”, the “traitor to Islam”. How? Because they’re apparently brown (in skin colour) on the outside but “white” on the inside.

But what exactly is this all about? Well, it’s utilising colour and race to promote an ideology of Muslims (good Muslims) as brown/black (i.e. not white) drawing upon the majority demographics of the Muslim population and their migrant history. This is then being opposed against the “majority”/government of the UK (supposedly “white”). By apparently standing for tolerance, mutual co-existence and not “fearing” the government, you’re therefore no longer truly brown but an apparent white sell-out in disguise.

As ridiculous as this sounds, it gets even more silly. I’ve even been called an Oreo and I’m “white on the outside.” When fellow Muslim brothers didn’t like what I had to say regarding incidents of tolerance and extremism within the Muslim community, they incorporated colour into a conversation. This wreaks of colonial heritage and the unfortunate racist experiences that some Muslims may faced in their life. However these Muslims are now “colourising” a religion and attempting to demonise people who seek to integrate and work alongside the government, spreading fear and intolerance.

Here’s a quick overview of how manipulating talk of race and colour is being used to promulgate an intolerant extreme version of Islam:

In these two videos, Dr Abu Waleed refers to “coconut Muslims” as following “secular fundamentalism”. These are (he claims) “so-called moderates” who are “claiming some type of middle ground” as if taking a rational-levelled approach is a bad thing. Please note: the “middle ground” is exactly what Prophet Muhammad (pbuh) taught his followers to adopt!

Yet Dr Waleed is actively trying to discredit these people. By referring to them as “coconuts” he is trying to deny the right of their own cultural background (“colour”) and their faith in line with their beliefs. Yet being a Muslim is nothing to do with colour but for Dr Abu Waleed and people of the same mindset, life follows an “us” vs. “them” schemata. For Dr Waleed: there is only one “Islam” – and that is the same narrative as followers of ISIS.

If you think it’s all mere silly “harmless” analogies, then read more about Dr Abu Waleed here. In this article, the press have highlighted how he: “mocks the British intelligence services and warns they have underestimated the strength of the violent jihad movement in the UK.” Dangerous stuff indeed.

A key element of the “Muslims” vs. the “West” narrative is demonising Western women as overly-sexualised, “semi-naked” “loose women”. To women – both Muslim and non-Muslim – this is a complete insult. A woman is an individual person to be respected.

For a European convert such as myself, it is deeply insulting. I chose to cover for myself – not for the pleasure of men – and if I were to not cover that would be my choice. Women cannot and should not be judged by what they wear. This is the same harmful narrative that feeds into victim blaming in cases of rape and sexual assault.

However, certain preachers show a complete lack of respect for the agency and freedom of choice that women are naturally granted with. Here infamous preacher Khalid Yasin can be seen here calling Britney Spears “nothing but a bling bling whore” and “prostitute”:

In addition to being obsessed with the issue of female hijab, many preachers chose to promote the idea of the “ideal Muslimah” as a pearl – to be kept “hidden away”. Indeed, by promoting this “submissive” dependent role for women (nothing short of misogyny), they are encouraging Muslim women to not work outside of the home and in the worst cases, to essentially cut themselves off from society.

Here’s an example of such ideology from Sheikh Assim al-Hakeem:

Let’s just make this clear. Prophet Muhammad’s first wife Khadijha was a successful business woman. His later wife Aisha was also a renowned scholar. I’m not quite sure how that would have happened had they been purely confined to the home and the public sphere been dominated by men…

This perceptive of “how ideal women should be” fits in with the intertwined form of “sexualised dominant masculinity”. Find out more in point number five!

There are unfortunately those out there who, instead of building bridges and bonds with their Jewish brothers and sisters, perpetuate historical anti-Semitism and modern conspiracy theories (mixed with Middle Eastern politics) to continue a “Muslims” vs. “everyone else is wrong” (e.g. dangerous) narrative.

Showing a complete lack of respect for the Jewish community and demonising other religions, anti-Semitism helps these unfortunate preachers to manipulate Islamic history, theology and current Middle Eastern politics to promote their ideal of Islam.

Let’s have a look at some examples:

This prevailing conspiracy of Jewish domination, “deceit”, “greed” and influence is deeply disturbing and seeps into discussions around Israel-Palestine. This is dangerous and undoubtedly hampers the peace-building process and inter-community relations with Jewish and Muslim communities both at home and abroad.

The colonial history of many Muslim majority nations – and which forms part of Muslim minorities further afield – is continuing to feed  a “Clash of Civilisations”-type narrative. I sincerely believe that an image of the “unjust non-Muslim West” against the “victimised Muslim East” is present in certain Muslim circles.

This is multi-faceted and – like with the oreo/coconut example – breeds fear and paranoia. Colonialism is of course abhorrent it is also easily manipulated into theological discourse in relation to new/recent political events e.g. the wars in Iraq and Afghanistan.

Here in the UK, we should be trying to move on to a more united future. Faith is personal. It should not be nationalistic or political. Beyond the colonial past of the UK and its former colonies, we are however also witnessing a current conflation between human rights and political issues. The actions of political leaders and/or  governments become drawn into and manipulated into wider theological identity-based discourse.

Let’s take Guantanamo Bay as an example. The “War on Terror” did have an Islamophobic element but the abuse of prisoners in Guantanamo Bay (which is of course a gross violation of human rights) or the suffering of innocent Syrians (through a dictatorship and ongoing conflict) should not lead for a call to join arms and go to Syria. At the very least, it should not be dragged into a religious (“us” vs. “them” context). Yet is is and continues to be. Take a look at this example:

I can’t help but feel that this is drawing Islam into a political arena. We should all condemn the atrocities of Guantanamo Bay but we should not bring theology into the mix. Likewise, within Syria itself religious sectarianism has engulfed the conflict. The Muslim community must be incredibly careful to not mix politics and religion.

The persecution of the Rohingya (Muslims) in Myanmar (a Buddhist State) for example, should not be seen as a “Muslim” issue but a human rights issue. Likewise, concerned Muslims should be equally concerned about the persecution of other religious groups across the globe and the threat of groups such as Boko Haram. Muslims should be interested in the world around them but as fellow human beings, as well as Muslims.

By homogenising the Muslim community in such way and failing to see things objectively, young Muslims have been able to be manipulated to join ISIS (the “real Islam”) to go and fight in Syria). Here’s just one example of a former fighter in Syria:

“When I was young, everyone thought I would go far in politics – and my first media appearance was as a suspected terrorist.”

For more information of Britons who have left to the UK to answer the call of “jihad”, see here. 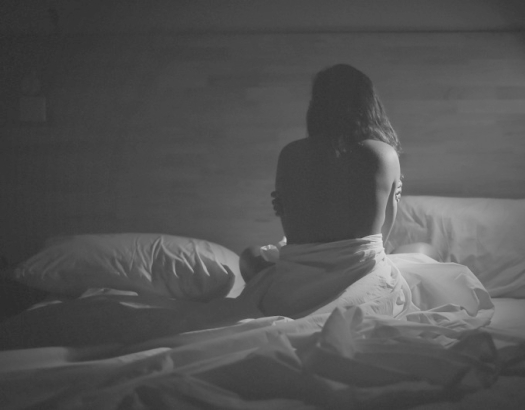 On the furthest end of the scale, it is undeniable that sex has played a part in luring young men to Syria to fight for ISIS. The promise of sex feeds into the narrative of the “masculine” militant male: the “strong jihadi warrior” who goes out to battle to fight the “non-Muslim enemy” and upon return will find his lovely beautiful and willing new wife awaiting him.

What’s more, in addition to marital sex, there also lies their believed ability to be able to apparently “legitimately rape” female slaves (“captives of war”). This is of course their warped interpretation of the Qur’an. This ideology of course feeds off war, violence, hatred and dogmatism.

However, on the lower end of the scale – far from the battlefields of ISIS – whilst Muslims of course what to know what is permissible and not permissible in the bedroom and draw upon Islamic etiquette, I’d like to draw your attention to the following video I found by the infamous “Dawaa Man” a.k.a Imran ibn Mansur.

Dawaa Man is a “mini star” of the dawaa [proselytising] movement on social media. Please note however that Dawaa Man is somewhat of a social phenomenon but is not a religious scholar.

Whilst you might find yourself laughing at this (as many I’m sure have!), it is quite sad and alarming. The concepts of fale sexual domination and “playing the man’s role” – as well as homophobia – in this video just go to highlight how normalised, often more or less subtle and intertwined the five “tools” I’ve highlighted are.

Dawaa Man is in fact not far from controversy. He has publically made anti-Semitic remarks and been banned by the University of East London after he called homosexuality a “filthy disease”. Indeed, these anti-Semitic conspiracy-based world-views, the misogynistic attitudes towards  women and the use of slurs relating to colour and people’s right to belong in both their ethnic and religious circles and in wider society in the social and political (especially governmental) spheres, are incredibly worrying.

These all feed into a longstanding “us vs. them” narrative which is – besides being spiritually compromised (to say the least) – incredibly divisive and harmful to not only those harbouring these beliefs but also their families and wider society. From identity complexes, social unrest and even taking up arms to join groups abroad – these are toxic narratives which must be addressed.

Only by using rationality, boosting young Muslims’ self-confidence, promoting civil and religious education, tolerance and socio-cultural unity, can we oppose these tactics. So folks, be careful of where you’re getting your information and be warned of the horrors of the internet. If you see these views, call them out for what they are and challenge them!

One Reply to “5 “Tools” used to promote Islamic extremism”