The film “Apostasy” (2017) – written and directed by Dan Kokotajlo – is a realistic and tragic account of three women within the Jehovah’s Witness community. The film delves into the experiences of a small family (a mother and two daughters) in a modern day setting and demonstrates how the power and influence of religious establishments can devastate even the tightest of familial bonds.

The film begins with an NHS doctor describing the need for Alex – the youngest member of the family – to receive a blood transfusion. As a Jehovah’s Witness, Alex is reluctant to accept the transfusion. From the very start of the film, we’re therefore presented with what we already know about the faith – that blood transfusions are strictly prohibited – and shown how this tenet manifests itself in a familiar setting yet with serious consequences.

Despite the worrying impact upon her daughter’s health, Alex’s mother Ivanna encourages Alex to forgo the blood transfusion for the sake of the faith, later showcasing pictures of “brave” young Witnesses who refused similar treatments to the detriment of their own lives. This conflict between religiosity, adherence to faith and modern day life is thus set as the backdrop for the rest of the film.

As we delve further into the film, another troubling aspect we’re presented with is the ordeal of the eldest daughter Luisa, who is disfellowed after having a pre-marital relationship (with a non-Witness) and falling pregnant. This incident is a common experience for Jehovah’s Witnesses who are subsequently excommunicated. 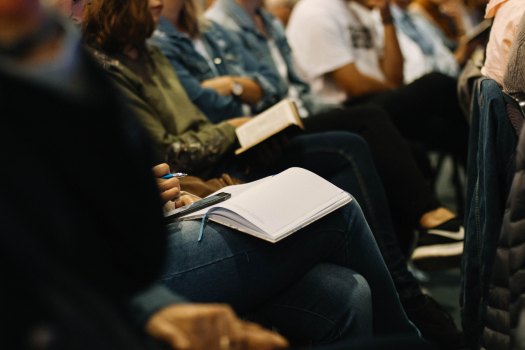 Ex-communicated adherents are often shunned by their families, who are policed by the community to ensure that no unnecessary contact takes place between those within the fold of the faith and with such family members who are classed as “wrongdoers”. Distance between the family members is encouraged to “bring the ‘wrongdoer’ back into the fold of the faith” as by being excluded, it is believed they will reflect upon their actions, repent and strengthen their faith in Jehovah.

Engrossed in Luisa’s situation, the audience are plunged into the horror of Alex’s sudden turn in health and eventual death. It becomes apparent that she chose to refrain from the blood transfusion and paid the ultimate price for her devotion – her life. In spite of this, Ivanna still upholds these religious doctrines, believing that members should accept such burdens with the belief that they will be rewarded with the promise of salvation.

The unquestioning and uncritical acceptance of ideas and practices, even when they contradict seemingly good/common sense and can and do harm one’s individual emotional and physical wellbeing, is a common feature of fundamentalism in religion.

By documenting the story of this family (based on the real-life experiences of the film’s director), Apostasy is a particularly haunting reminder of the real world implications many ex-believers face in almost all major religions. Ex-communication is in fact one of the cruellest repercussions because of the forceful separation from loved ones and the family home. It ultimately denies of the personal nature of one’s faith and relationship with God and inserts the power of the religious community/establishment. 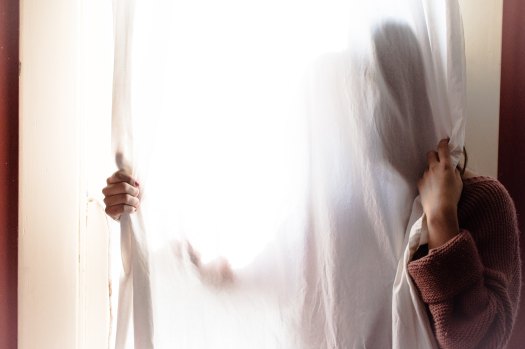 The film shows that being a Jehovah’s Witness requires a literalist interpretation of the faith with little room for individualism and modernism. Jehovah’s Witnesses are in fact a self-segregated community, communicating with non-members through door-to-door evangelism. As we see in the film, it comes as no surprise that the close knit Jehovah’s Witness community structure perpetuates and enforces strict and often patriarchal codes that can tear families apart – as personified through Alex, Luisa and Ivanna.

Alex’s death – as sombre as it is – provides a false glimmer of hope for Ivanna to be strong enough to break free from stifling religious doctrine and reconcile with her eldest daughter Luisa during such a difficult period. However, this is of course presents a deep spiritual and emotional struggle for Ivanna, who as we are reminded the film, remains so dedicated to her faith that she encouraged Alex to forgo medical treatment which directly lead to her daughter’s wilful death.

It becomes apparent that if Ivanna rejects her faith for the sake of a relationship with Luisa, the unbearable reality of Alex’s unnecessary death will consume her. The ultimate sacrifice for her faith has been made and therefore must be honoured by Ivanna through her practice and dedication.

During the final scene of the film, we witness Ivanna standing alone with a selection of Jehovah’s Witness literature as she begins another leafleting session amidst the public. The audience is left with the bleak realisation of Ivanna’s choice to shun Luisa for the sake of the faith. Having lost one daughter (quite literally) and shunned another, she is left alone.

Watching this powerful and honest account of life within the Jehovah’s Witness community, we are offered a stark reminder of how secularism offers the only viable solution for individual and collective religious freedom, community cohesion and pluralism within modern society.

As a film, Apostasy particularly resonates with many conservative religious communities who similarly ex-communicate those who reject the faith. Even today in many countries worldwide, ex-believers are often met with threats of violence and death from those closest to them.

If intolerance of certain beliefs results in the breakdown of family units, then the only viable solution can be to take a secular approach to religious identity. This approach crucially respects individual autonomy but does not however dictate the erosion of organised faith. It instead acts as a safeguard for families with varying degrees of religiosity under one roof.

British Muslims for Secular Democracy (BMSD) works hard to respect people of all faiths and none. It supports the right of people to practice their faith as well as to leave their faith. This is why BMSD believes that secularism is the only way of guaranteeing individualism freedom and pluralistic cohesion.

Religion for many people can be a source of solace and spiritual fulfilment, however, Apostasy highlights, through the lens of the Jehovah’s Witness community, an exemplified worrying case of where faith manifesting in such ultra-conservative forms can create traumatic experiences with tragic consequences.

There must be an honest scrutiny of doctrines within any faith and regarding any harmful practices which exist within organised religion. If religion wishes to thrive, it is imperative to maintain good relations with ex-members. All religious communities must stand as structures of emotional and spiritual support – not barriers to family and social cohesion.

Rabia Mirza is a race equality and human rights Muslim campaigner and is currently the director of Media, Engagement and Lobbying at BMSD.

Souheil Fenghour is a PhD Student involved with a number of different grassroots civic Muslim organisations.