“The pen is mightier than the sword”

On 28th December 2018, I was listening to music whilst looking at the latest news on Twitter. I was relaxed and in a peaceful state of mind. I then noticed that Amos Oz was trending. Wondering why, I took a look at the unfolding news and masses of tweets. What I read shook me.

Amos Oz, one of my favourite authors who had provided me with so much insight through his books, who’d helped foster my love of writing and who’d taught me that the Palestinians are not my enemy, had died at the age of 79.

I had never met Amos Oz, but he had played a meaningful role in my life. He felt like a confidant, someone I could turn to for wisdom, and he was always able to feed my curiosity for the world around me. So, when I heard the news of his death I felt a giant void in my life. I then realised there was no need to be sad, because the beautiful thing about writers is that though their physical body may die, their words and ideas will never die.

One of my favourite sayings is “the pen is mightier than sword”. It sounds ridiculous if you think about the concept in the physical sense. In a physical fight, given the choice between a pen and a sword, a pen is incomparable – it doesn’t stand a chance. However, if you delve deeper rather than taking this saying literally, the words tell a deeper truth.

There will always be zealots swinging their swords, trying to impose their view of the world on us and struggling to carve the world in their image. Such people want a world where their word is final – in there world there can be no arguments, no doubts, nor any independents thoughts.

This worldview should be an anathema to a writer – something to steer far away from – as in my view, the best writers write based on their own experiences, their own doubts, their own interactions with their fellow human beings and the world they see around them. However, for me, whenever I read anything by Amos Oz, I was reminded that despite appearances which would appear otherwise, the pen really is mightier than the sword. Although the sword may be able to physically destroy flesh and life, it cannot destroy words and the ideas they inspire.

A literary master: Israel-Palestine and beyond

Many of you may be wondering: who is Amos Oz and why I should bother reading this obituary? Well, on 4th May 1939, Amos Oz was born in Jerusalem and from this moment the literary world would never be the same again.

Amos was no stranger to hard work and right up until the end of his life he continued to write. Given this, it is no surprise that he was the author of over 40 books of varying types, including novels, short story collections, children’s books and essays.

One can write a lot and not leave much of a mark on the world, but this was certainly not the case with Amos Oz. It seemed that the stories he told, the universal values he held dear had never wavered and he was never silenced – despite being called a traitor by some Israelis. Amos crossed cultural, lingual and political borders and that’s also exactly why his works have been published in 45 languages – making him the most translated Israeli writer to-date.

Did Amos receive all the plaudits he deserved for his work based on its quality? Was Amos’ work as good as the world was led to believe? Well quite simply, yes. On the surface he was one of Israel’s most prolific writers and respected intellectuals, but in fact Amos was so much more than this.

As Professor of Hebrew Literature at Ben Gurion University in the Negev Desert, throughout the years he opened the minds of generations of students. He was a farsighted prophet, who realised that – despite what the fanatics blighting the lives of Israelis and Palestinians preach – neither Israelis or Palestinians were going to leave the Holy Land any time soon, and that a two-state solution was a way of ensuring both peoples’ rights for national self-determination would be protected. He was the teller of truth in the era of populists, rallying against prejudice, hate and a return to rationality and reason.

That’s all very well and good you may think, but did he get any awards or recognition for this work? Yes – more than quite a few! In fact, Amos’ list of awards included the Prix Femina, the Israel Prize, the Goethe Prize, the Peace Prize of the German Book Trade, the Franz Kafka Prize, the French Legion of Honour, the Prince of Asturias Award in Literature and the Heinrich Heine Prize.

With such a long career you’d be forgiven for thinking that his writing abilities may have waivered with old age, but in fact: it was quite the opposite. His words and his work rather matured with age. Indeed, his 2017 novel entitled “Judas” was shortlisted for the Man Booker International Prize, whilst his latest collection of essays “Dear Zealots: Letters from a Divided Land”, provided a clear set of morals written evocatively, full of emotion, yet with no loss of rationality. It was built on years of experience and the need to keep at bay the forces of hate, fear and violence, and replace them with love, doubt and peaceful compromise.

Learning from Amos: Being young, Jewish and British 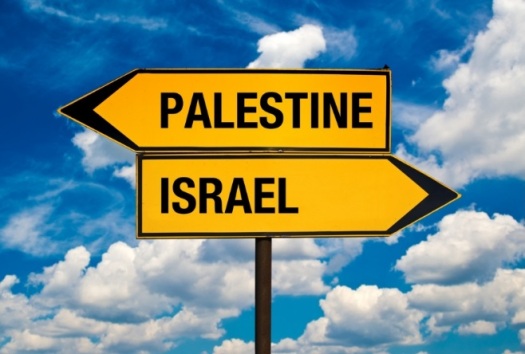 As a young, British, Jew, what could Amos Oz have taught me? Well, more than I could ever have imagined actually!

Amos Oz was more than just a writer, he was a guide whose example was one for me to live by and follow in its deepest sense. For example, Amos had a cutting hate for zealots and fundamentalists and bravely spoke out against the dangers of settlement building from 1967 onwards, even when this far-sighted – and in my opinion correct stance – was not exactly popular.

When I was 18 and about to head to university, like a lot of naïve teenagers, I had preconceived concepts about what was “right” and “wrong”. I thought I had a nuanced understanding of the world, but although I could spell the word, I couldn’t truly comprehend what it meant! A lot of what I saw was merely black and white, without a smidgen of grey or the realities of life. To me, there was no need for doubt or questioning when I was right (or so I thought!) and everyone else was wrong. Sadly, this view was most acute when it came to the Israeli-Palestinian conflict.

Israel hasn’t reached anywhere near the lofty ideals of peaceful relations with its neighbours and a commitment to human rights that myself and many others dreamt and continue to dream of, but I still believe in Israel’s right to exist and flourish. What’s changed however is my commitment to peace, compromise and the fact that most crucially: I want Israelis and Palestinians to both prosper in peace and suffer no more heartbreak. It’s what Amos Oz would have wanted.

In the summer of 2008, I had no idea how much my preconceived concepts about Palestinians would be challenged when I picked up his book of non-fiction entitled “How to Cure A Fanatic”. In this book, Amos humanised the Palestinians; they were no longer “the other” who I’d feared for so long, whom I’d had no intention of meeting, talking to or emphasising with. Yes, Amos made me realise that the Palestinian people are not my enemy.

Neither the Palestinians or Israelis seem to be going anywhere, nor can I ever see them being married at the hip and becoming one larger nation State, nor would this meet either peoples’ deserve right for a state of their own. So to my mind – and Amos’ too – a separation based on a two-state solution is required. Yes, it’s thanks to Amos that I’ve gone across the West Bank and Israel, to be taken out of my comfort zone as much as possible and to experience many different perspectives. Through these travels and journeys, I can ensure that the fundamentalist devil on my shoulder will be defeated ever more by questioning, rationality and doubt.

Amos helped me recognise that when Palestinian and Israeli blood is spilled there is no difference in the weeping it causes humanity. The blood is still the deepest, sorrowful red. A family is still ripped apart, friends still cry whilst pretending to be stoic for the family, tears still flow like a never ending river and peace seems further away than ever. He made me see clearly that both sides have legitimate land claims, both sides have suffered greatly, both have been let down by their leaders and both deserve a nation of their own. It’s thanks to Oz that I now call myself a Zionist, who is pro-Israeli, pro-Palestinian and pro-peace.

On my most recent visit to Israel, I was captivated reading Oz’s book “Dear Zealots: Letters from a Divided Land”. Right now, we live in a time of absolutes, where everything is seemingly “black and white” and no shades of grey appear to exist. Compromise and pragmatism have become dirty words, with certainty and dogmatism ruling. It seems as though there is a mountain of people refusing to leave the comforting yet suffocating grip of tribalism. The rise of the zealot, whether a religious fundamentalist or right or left wing populist, is upon us. Hate is on the rise. But why? Quite simply, because we’ve stopped listening to the words of people like Amos Oz, who realised zealots and fundamentalists are the enemies of progress and peace. We’ve stopped reflecting, empathising and questioning, leading to grave ongoing division and conflict as a result.

Amos Oz realised that the world is what humans make of it. It can be a world where birds sing, flowers grow, rivers flow, the sun shines and the night shimmers, all inspired by human love and life. Alternatively, it can be a place where flowers are crushed under our feet, where rivers dry up, where clouds cover the sun and the night covers the earth in black, in a bleak darn, cold world where human life exists to simply harm each another. Amos knew this. Amos realised that to write well and from the heart, as well as lucidly and truthfully, you need to represent the best and worst of humans.

Although Oz is no longer with us, he will live on in the hearts and minds of many through his beautiful prose. Make sure he lives in on in yours too. I thoroughly recommend reading his works, if you have not done so (see below for his bibliography and my reading recommendations).

To finish, I’d like to leave you with this poem written by Yehuda Amichai, which to me represents how Amos Oz saw the world.

The Place Where We Are Right

From the place where we are right
Flowers will never grow
In the Spring.

The place where we are right
Is hard and trampled
Like a yard.

But doubts and loves
Dig up the world
Like a mole, a plough.
And a whisper will be heard in the place
Where the ruined
House once stood.

May Amos Oz’s memory be a blessing for us all.

To find out more about Amos Oz, you can visit the following sources:

With 40 publications, to get started I recommend: