The IRA, the Klu Klux Klan, Zionists, Buddhist extremists… Terrorism does not discriminate. Terrorism is not a religion, a culture nor a community… It’s simply a disease – a disease of the heart and mind which latches onto poverty, ignorance, the marginalised, arrogant, naive, extreme, intolerant, vengeful, close minded and hateful.

Islamophobia is on the increase and it’s a sad state of affairs. What’s also a sad state of affairs is ISIS and terrorism – terrorists who claim to speak for Islam. One does not excuse the other. People need to know the truth about Islam and Muslims need to be able to practice their faith in peace.

To see the rise in Islamophobic speech and hate crimes we only need to look at the current state of socio-political affairs and keep up with current events to see:

There has been a sharp rise in Islamophobia in the USA and Europe since the Charlie Hebdo massacre and the latest shootings in Paris and California. Ibrahim Hooper – spokesman for The Council on American Islamic Relations (CAIR) – recently told Al Jazeera:

“….anti-Muslim bigotry has moved into the mainstream. In previous spikes, like after 9-11, Islamophobia was on the fringes of society.”

In the UK, The Islamic Human Rights Commission (IHRC) which is based in London and investigates hate crime, recently launched a new study entitled: “Environment of Hate: The New Normal for Muslims in the UK”. Some of their findings are shocking – you can find out more via their video. Since such unfortunate developments, hate crimes against Muslims in the UK are now being listed within their own category – just like anti-Semitics attacks. This is a  welcome development and will aid monitoring and campaigning. 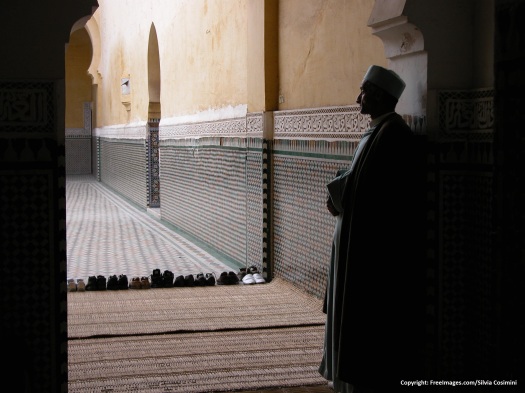 ISIS is not Islam

Islam is about spirituality, worship and good deeds. Islam in Arabic means submission/surrender (to Allah (God)). Contrary to what ISIS advertises – jihad is primarily about a Muslim’s inner spiritual struggle and striving to obey Allah and purify one’s soul: to do good, be honest, hold your tongue and anger, oppress your ego, selfishness and bad thoughts/desires (your nafs). This is jihad al nafs – “the greater jihad”:

“By the soul and (by) Him who made it perfect, and then inspired it to understand what is wrong and what is right for it. Truly is successful the one who purifies (his soul).” (Qur’an, 91: 7-9)

Muslims are taught to respect other humans, to strive for goodness and justice. Peace, hope, mercy, honesty, truth, justice – these are the values of Islam. When facing oppression Muslims are allowed to defend themselves but never more than necessary:

“Fight in the way of Allah those who fight you but do not transgress. Indeed. Allah does not like transgressors.” (Qur’an, 2: 190)

“Verily, Allah is only merciful to His servants who are merciful with others.” (Prophet Muhammed (PBUH) – Bukhari 1224)

Islam does not condone terrorism or the killing of innocent civilians. In fact, there a strict set of rules which Muslims must obey – as the following graphic shows:

In response to Muslims and Islamophobes regarding the killing of innocent civilians, Talk Islam have produced a wonderful video about the Prophet Muhammed and the teachings of Islam to reiterate these points: “Nothing to do with my Prophet“. It’s really worth a watch.

Solidarity and spreading the peace

Despite the rise in hate crime and Islamophobia, I’m also happy to say that there have been many wonderful gestures of solidarity, including:

So there you have it. It’s not all doom and gloom but it is crucial that things change. Muslims and non-Muslims:

Show the Trumps, Daesh members/wannabes of the world and haters what peace and Islam is.

The Qur’an (Arabic with English translation)

The 99 Names of Allah

2 Replies to “Prophet of Peace – #notoislamophobia”