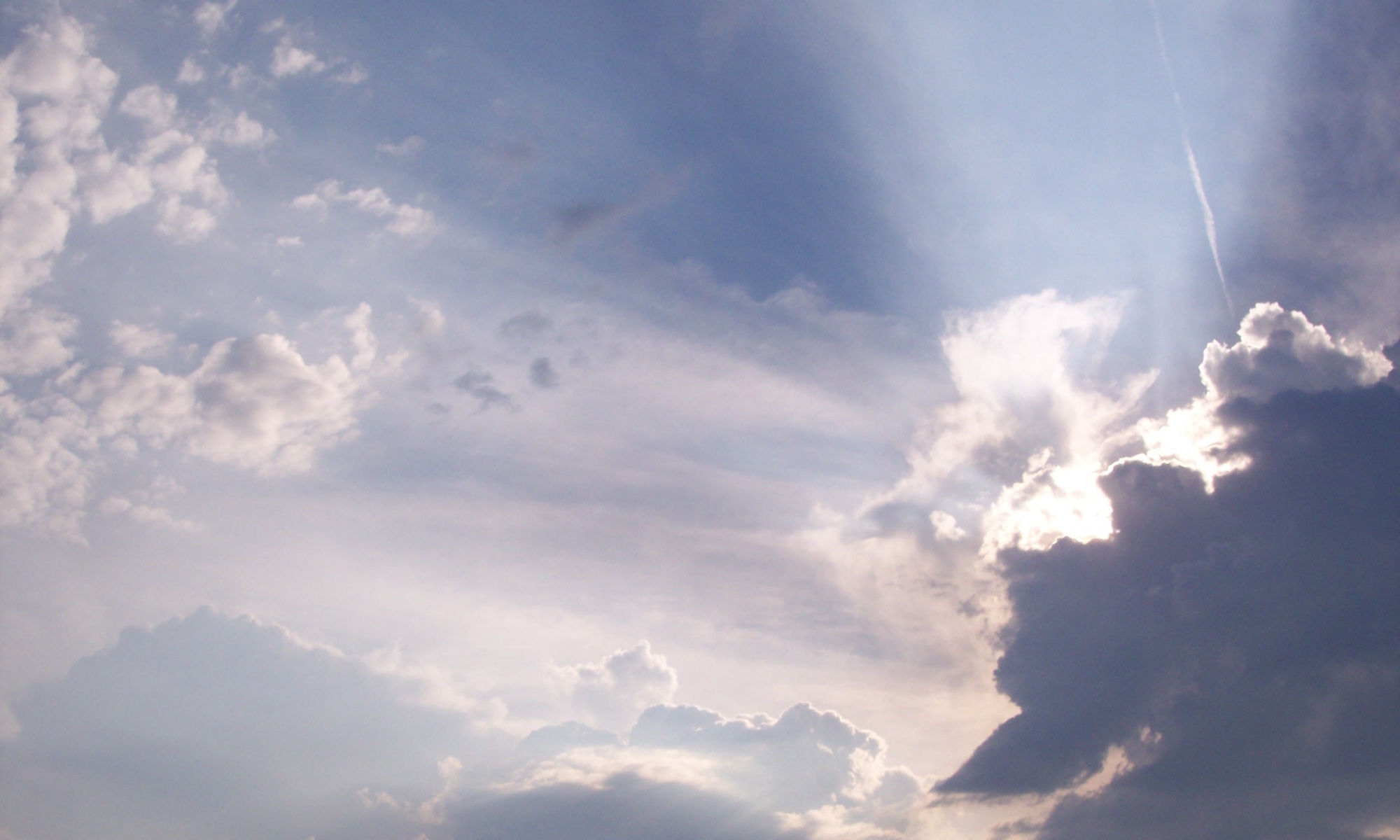 A major segment of the world’s population has just celebrated Christmas – the Christian celebration of the birth of Jesus on 25th December. Meanwhile, Muslims have just celebrated Mawlid – the birth of the Prophet Mohammed (pbuh) – which this year fell on December 24th (Christmas Eve). These two figures are pinnacles of the two faiths but how many people know that Muslims also recognise Jesus (Issa) as part of their faith? Islam is the only other religion to officially recognise Jesus’ coming and to include recognition of him as a requisite of faith. Muslims love Jesus!

Very little stands between these two faiths. Both Christianity and Islam teach about belief in God – following Him and doing good deeds but what else do the two faiths share? Let’s have a look using scripture from both faiths. Putting differences within faiths aside and using an overview of “standardised beliefs” and scriptural references, here’s a brief guide (in no particular order) to some of the major similarities and differences between the two faiths – two brothers within the same Abrahamic family.

“The Lord is the everlasting God, the Creator of the ends of the earth. He will not grow tired or weary, and his understanding no one can fathom.” (Isiah, 40: 28)

“Say: He is Allah, the One! Allah, the eternally Besought of all! He begetteth not nor was begotten. And there is none comparable unto Him.” (Qur’an, 112: 1-4)

2. The importance of charity

“Whoever is generous to the poor lends to the Lord, and he will repay him for his deed.” (Proverbs, 19: 17)

“Those who believe, and do deeds of righteousness, and establish regular prayers and regular charity, will have their reward with their Lord: on them shall be no fear nor shall they grieve.” (Qur’an, 2: 277)

“And Moses and Aaron went from the presence of the assembly unto the door of the tabernacle of the congregation, and they fell upon their faces: and the glory of the Lord appeared unto them.” (Numbers, 20: 6)

“So David arose from the ground, washed, anointed himself, and changed his clothes; and he came into the house of the Lord and worshiped.” (Samuel II, 12: 20)

“O ye who believe! When ye prepare for prayer, wash your faces and your hands (and arms) to the elbows; rub your heads (with water); and (wash) your feet to the ankles.” (Qur’an, 5: 6)

5. Modesty in behaviour and clothing

“Do not let your adorning be external—the braiding of hair and the putting on of gold jewellery, or the clothing you wear— but let your adorning be the hidden person of the heart with the imperishable beauty of a gentle and quiet spirit, which in God’s sight is very precious.” (Peter I, 3: 3-4) 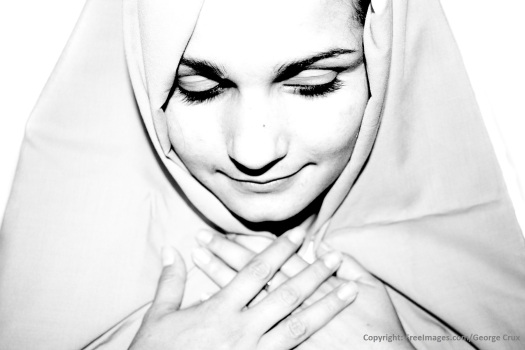 7.  The Torah/Bible and their teachings and prophets

“This Book of the Law shall not depart from your mouth, but you shall meditate on it day and night, so that you may be careful to do according to all that is written in it. For then you will make your way prosperous, and then you will have good success. Have I not commanded you? Be strong and courageous. Do not be frightened, and do not be dismayed, for the Lord your God is with you wherever you go.” (Joshua, 1: 8-9)

“We have sent thee inspiration as We sent it to Noah and the Messengers after him; We sent inspiration to Abraham, Ismail, Isaac, Jacob, and the Tribes to Jesus, Job, Jonah, Aaron, and Solomon, and to David, We gave the Psalms. Of some messengers We have already told thee the story; of others We have not; ― and to Moses Allah spoke direct.” (Qur’an, 4: 163-4)

8. The importance of marriage and sex within marriage

“But because of the temptation to sexual immorality, each man should have his own wife and each woman her own husband.” (Corinthians I, 7:2 )

“[…] (Lawful unto you in marriage) are (not only) chaste women who are believers, but chaste women among the People of the Book, revealed before your time― when ye give them their due dowers, and desire chastity, not lewdness, nor secret intrigues. If anyone rejects faith, fruitless is his work, and in the Hereafter he will be in the ranks of those who have lost (all spiritual good).” (Qur’an, 5: 5)

“O ye who believe! Fasting is prescribed to you as it was prescribed to those before you that ye may (learn) self-restraint. (Fasting) for a fixed number of days; […] it is better for you that ye fast, if ye only knew.” (Qur’an, 2: 183-4)

As you can see there’s lots of references in the Qur’an to past Christian teachings and prophets. So, what are the main differences and what exactly do they entail?

Christians believe Jesus is divine/the Son of God whereas according to Islam, God is One and has never appeared in human form. In Islam, Jesus is a prophet just like Moses, Abraham and Mohammed (pbut).

“For God so loved the world, that he gave his only Son, that whoever believes in him should not perish but have eternal life.” (John, 3: 16)

2. The Holy Spirit – completing the concept of the Trinity

As outlined – Christians believe in the Father, Son and Holy Spirit:

“Go therefore and make disciples of all nations, baptizing them in the name of the Father and of the Son and of the Holy Spirit.” (Matthew, 28: 19)

Muslims however believe that  there is no Trinity. It is believed that according to the Bible: “spirit” refers to Prophet Mohammed (pbuh) – the last prophet of Islam who brought the Qur’an (last scripture):

“I have yet many things to say unto you, but ye cannot bear them now. Howbeit when he, the Spirit of truth is come, he will guide you unto all truth: for he shall not speak of himself; but whatsoever he shall hear, that shall he speak: and he will shew you things to come. He shall glorify me.” (John, 16: 12-14) 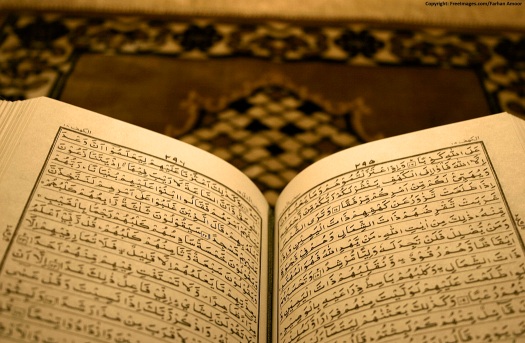 3. The Passion of the Christ

“And when they came to the place that is called The Skull, there they crucified him, and the criminals, one on his right and one on his left.” (Luke, 23: 33)

“With great power the apostles continued to testify to the resurrection of the Lord Jesus […].” (Acts, 4: 33)

According to Islam, Jesus was not crucified on the cross and was not resurrected (however Jesus will return):

“And (then unbelievers) plotted and planned, and Allah too planned, and the best of planners is Allah. Behold! Allah said: “O Jesus! I will take thee and raise thee to Myself and clear thee (of the falsehoods) of those who blaspheme; I will make those who follow thee superior to those who reject Faith, to the Day of Resurrection; then shall ye all return unto Me, and I will judge between you of the matters wherein ye dispute.” (Qur’an, 3: 54-5)

The concept of original sin in Christianity does not exist in Islam. In Christianity, Eve is the one who was tempted by the Devil and all human beings are all born sinful:

“To Adam he said, “Because you listened to your wife and ate fruit from the tree about which I commanded you, ‘You must not eat from it,’ “Cursed is the ground because of you; through painful toil you will eat food from it all the days of your life.” (Genesis, 3: 17)

“Surely I was sinful at birth, sinful from the time my mother conceived me.” (Psalm, 51: 5)

“Therefore, just as sin came into the world through one man, and death through sin, and so death spread to all men because all sinned.” (Romans, 5: 12)

In Islam, Adam and Eve were both equally guilty of sinning but each human is born sinless and pure. You then become responsible for your own deeds – good and bad.

“Who receives guidance, receives it for his own benefit: who goes astray does so to his own loss: no bearer of burdens can bear the burden of another…” (Qur’an, 17: 15)

In Christianity the Devil (Satan) is a fallen angel whereas in Islam, the Devil (Shaytan) is not a fallen angel but a jinn (made of fire) who refused to bow down to Adam with the Angels according to God’s command. In Islam, angels have no free will so cannot disobey God.

So, as you can see, there are a few major differences but these stem on differences on the same topic/issue – not completely different concepts. There are far more similarities. Early Muslims  sought refuge from an Ethiopian Christian king and when asked about Jesus and Mary, the king was astonished. Check out the video clip from the film “The Message” (Akkad, 1976) detailing such event:

Today, there are many Muslim-Christian interfaith families through marriage between Muslim men and Christian women. The relation between the two faiths is a vast topic but I wanted to give a brief outline and highlight the important relation between the two faiths. When building bridges, you focus on similarities rather than differences. When “otherising” you focus on the “strange” and “different“. Christians and Muslims are all part of the same Abrahamic family and in times of hardship and discrimination we should stick together not divide amongst ourselves.

One Reply to “Christians and Muslims – brothers of Abraham”