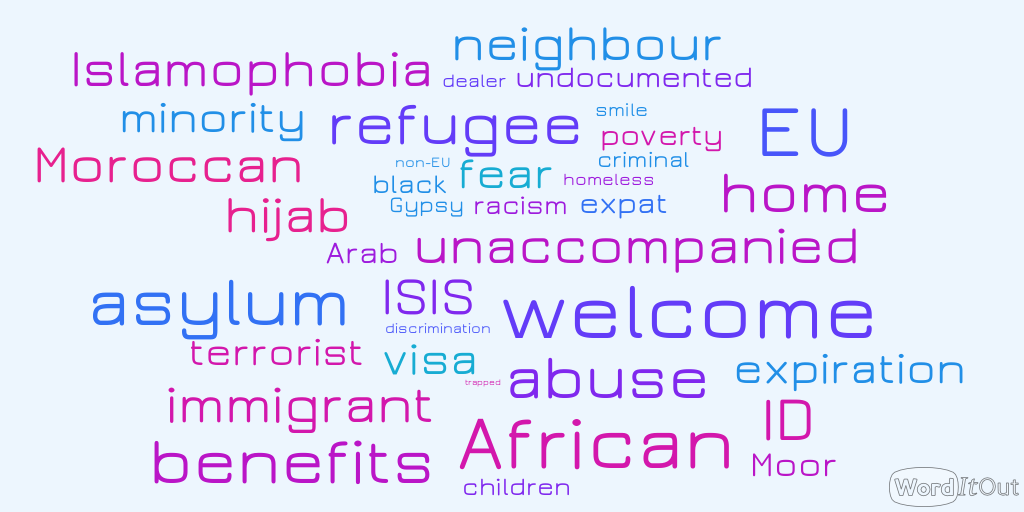 “Don’t judge someone until you’ve walked in their shoes.” Each and every persons’ life experiences are unique but until you’ve experienced something it can be difficult (if not impossible) to understand. Even though no two experiences are the same, sometimes you have to try and put yourselves in that person’s shoes. In the case of migrants and refugees this can sometimes be difficult yet all the more important.

There’s a lot of anti-immigrant, anti-refugee discourse around at the moment concerning undocumented migrants, the recent refugee crisis and EU migrants. Lots of people form unsavoury opinions without even any direct experience. Well, I’ve been living in Spain now for over a year. I’ve spent time living for certain periods in a few countries. I’m passionate about social justice, human rights, migrants’ rights and about fighting racism and religious discrimination. I want to talk about my experiences here in Spain as a “white” Caucasian, British (EU) Muslim migrant married to a non-EU, North African Muslim who is a migrant himself and what we’ve witnessed in our time here. There are a lot of labels there. Whilst labels can be counterproductive, essentialist, and encourage both discrimination and narrow views on identity, in order to uncover the different layers of discrimination here in Spain, you have to pick out the different markers of identity and socio-cultural-economic “classification”.

Here’s my experiences of being an immigrant in Spain, of what I’ve lived, learnt, heard and witnessed (of course I can’t speak for everyone or overgeneralise): 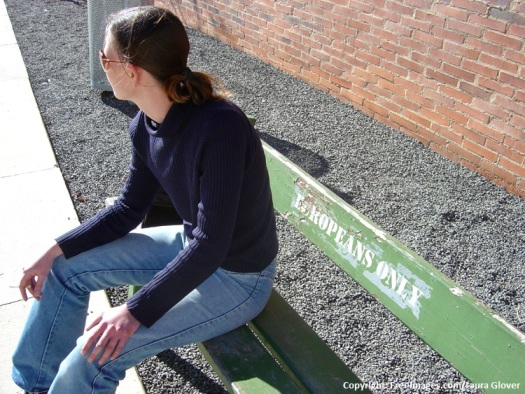 Unfortunately, there’s negativity here: Muslim women being physically and verbally abused (“Moor”, “terrorist”), poverty, destitution… I see destitute migrants, drinking away their sorrows, sleeping on mattresses. Yes, this also happens with locals  but with immigrants is unfortunately common. I’ve also experienced for myself being asked in interviews for English teaching positions on a few occasions about my headscarf, knowing that I’m a native English speaker (not just “British”) – which adheres to their “standard” or “ideal English teacher” persona. Some interviewers added that it wasn’t an issue. Some I know were genuinely curious or unperturbed but one lady added: “What’s your religion?” and no, this wasn’t in a post-interview chat. Although I can’t prove anything, it’s not a good feeling. Some employers simply tell other Muslims that they’d have to take their scarves off. On top of this, I’ve also seen a jobless, homeless Moroccan woman (both a mother and wife) asking for help, running from domestic violence and neglect, pregnant with young children and each with full legal residency, being told there’s “nothing they can do”, being sent one from office to the next, till her and her children end up on a boat home. Yet, despite all of this I have also witnessed the kindness of Spanish police in such situations and of Spanish neighbours, colleagues, parents, students and general members of the public. Each country has its own inner issues – here there are economic struggles – but there is a wider socio-cultural issue that is void of economic reasoning: socio-cultural exclusion.

Multiculturalism appears to be non-existent here. There’s no real sense of “collective identity” – not if you’re Muslim or Arab at least from what I can see. Neither does there appear to be a great appreciation of other cultures – besides tucking in to a plate of couscous or other “world-cuisine” and despite all the Arab-Moor history in Spain in what was once known as Al-Andalus. I’ve heard otherwise but it seems rare, even despite the positive safety and peace of many migrants living here to counteract it (I can’t speak for refugees/asylum seekers unfortunately). What I stand by is that you have to put in to get out – especially when living in such societies. Yes, without a doubt, migrants should be welcomed but on the other hand, when you see the mosque closed during Ramadan – that’s a missed opportunity right there. That’s your chance to reach out to impoverished or curious people here. Budgets are stretched at both ends but that shouldn’t hold back local and migrant communities in reaching out to each other. In terms of Spaniards, apart from Latin Americans and “typical Westerners/Europeans” and the odd exception, I’ve so far only really seen locals “socialising” with alcoholic destitute migrants (one being Kenyan) who must be in similar situations to themselves. On the other side of the fence, I’ve seen those which appear to have turned their back on their own cultural norms or have come across as so assimilated they were unrecognisable as North African or Muslim. You don’t have to drop your own cultural values. Regarding religious values, you’d be a hypocrite in doing so. A Muslim doesn’t need to sell alcohol or ham to be accepted. I stand by my words: Spain – like many European countries but unlike the UK in terms of majority in my opinion – has a reputation of being Islamophobic and racist. Indeed, there are issues regarding colour, nationality/”race”/culture and Islam but not as much as I’d envisaged. There is hope but things do need to change.

It’s through witnessing, feeling and living all these moments that you see and feel what others go through. I’ve always said to my husband: “Racists should go abroad and see it’s not easy”, “You can’t hate people you’ve met and really know – people need to travel”. Indeed, some of the friendliest Spanish folk I’ve met here are elderly Spaniards who used to live in Morocco. They knew it on a personal level – they’d grown up there, they’d made Moroccan friends. So, if you’re up for an adventure, go abroad and see what life is like for others. Go “native” – don’t go “expat” or “tourist” in your bubble of sun soaked fellow countrymen or tourists. Put yourself out there. If you’re staying put, reach out to the migrant and refugee community. It’s not easy for them. Build bridges. We’re all human. A smile can and does go a long way. If you’re living abroad, reach out to the local community!

Images are re-published under a Creative Commons licence

2 Replies to “Expat or immigrant? – Immigrant. Why everybody should experience living abroad”