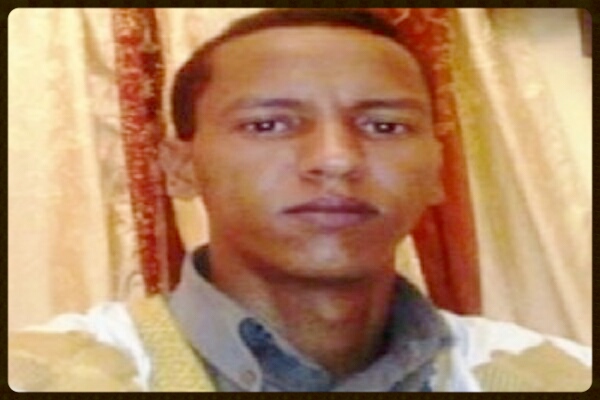 A Mauritanian blogger has been sentenced to death by Nouadhibou Criminal Court after writing a blog post criticising the use of Islam to justify a caste system that dates back to the Middle Ages.

Mohamed Cheikh Ould Mohamed Ould M’kheitir, whose father is prefect for Nouadhibou, the economic capital in the south of the country, is a 29-year-old trained accountant. They are part of a caste group known as les forgerons (the “forger cast”), one that was originally made up of blacksmiths.

He has appealed the conviction, which dates back to 2014. Writing for the website Chezvlane on 25 December 2014, he said:

For those who dare to invent fake hadith and attribute them to the Prophet (peace be upon him), no morals and no religion can stop them from interpreting an article written by a simple normal young man — an inexperienced one at that. They won’t spare any effort in stirring up collective Muslim discontent to serve their interests. That’s how they claimed that the forgerons blasphemed against the Prophet (PBUH) in an article one of them wrote. It was just like when they claimed that it was a forgeron who was responsible for the Prophet’s teeth falling out during the Battle of Mount Uhud.

Bearing that in mind, I’d like to confirm here the following:

1. I have not, consciously or unconsciously, blasphemed against the Prophet (PBUH) and I will never do so. In actual fact, I don’t believe there’s anyone in the world who shows him greater respect than myself (PBUH).

2. All the facts and accounts I cited in my previous article were historically accurate. These accounts can of course be interpreted literally and superficially or looked at more closely and deeply.

On 21 April 2016, the Court of Appeal in Nouadhibou confirmed his sentence to death after re-examining the case. The accused is no longer considered to be an apostate but simply a non-believer.

Following this re-examination of the accusations against him, human rights campaigners in Mauritania remain hopeful that the Supreme Court will dismiss the death sentence and announce a more lenient sentence.

The Senegalese website Setal recalled the turn of events:

This Thursday, the Court of Appeal did not follow the accusation which called for his death sentence to be upheld. Lawyers are happy with the turn of events, even if for them it’s clearly not enough. It’s been two years and three months since Mohamed Cheikh ould Mkheitir was arrested for a simple article posted on the Internet. This article was judged as being blasphemous towards the Prophet and Islam. This shocked the most conservative section of Mauritanian society who at the time called for him to be sentenced to death.

This is the most severe sentence possible for the blogger — a severe sentence that many believe was issued due mostly to internal political strife. In a 26 April 2016 post on the Amnesty International website, human rights journalist and campaignerSabine Cessout quoted a colleague (who remains anonymous) who commented on the case:

The whole affair reveals “the internal politics…with a tribunal which wants to fund Salafis, a spiraling trend in our country, as throughout the whole Arab-Muslim world”

This sentence — the first for “apostasy” in Mauritania since Independence — signifies a step backwards in terms of tolerance and shows just how much issues of cast, religion, slavery and therefore democracy are taboos in Mauritania. We’re noticing society and politics is becoming less tolerant towards voices of dissent on these issues.

After the post was published, religious extremists sparked public calls for the blogger to be hanged. The Senegalese website Leral described the public sentiment which had been stirred up in Mauritania against the accused:

A year ago thousands of Mauritanians took the streets of Nouakchoutt, Naouadihbou and elsewhere demanding he be hung, plain and simple. Some of these had read the incriminating article — others had never even seen it. The Republican President, in front of a crowd of protesters which had grouped in front of the entrance to the palace, declared: “Thank you from the bottom of my heart for gathering in such numbers here to condemn the crime committed by a individual who is against Islam, the religion of our people, our country, the Islamic Republic of Mauritania, which as I’ve said in the past and I’m reaffirming today, is not secular and never will be… I assure you that as a result, the Government and I myself will stop at nothing to protect and defend this religion and its sacred image…”. This declaration made by the President, those of other different political parties along with the protests and fatwas demonstrated their reasoning.

The 2006 France Human Rights Prize winner Aminetou Mint Noctar also drew outrage from extremists after she expressed support for the blogger, some of whom issued a fatwa against her. Noctar is also the 2010 winner of the medal of Chevalier in the French Legion of Honour. According to the website Africa News, Noctar was the first Mauritanian woman to be nominated for the Noble Peace Prize for her commitment and work towards human rights.

On the website aw41k.com, Yehdhih Ould Dahi, head of the radical Islamist movement “Ahbab Errassoul” (Friends of the Prophet) condemned Noctar for defending the blogger:

May this villain who’s defending Mkheitir, saying that he’s a prisoner of conscience and demanding he be released so he can go back home to his wife, be cursed by Allah, the Angels and all people. This woman compares the Friends of The Prophet to members of Boko Haram and Takfiris because they call for the Prophet to be respected and honoured. Today, with the blessing of Allah, I declare her to be an apostate for having tempered the outrage in defence of the honour of the Prophet. She’s an infidel and it this therefore lawful to seize her life and assets. Those who kill or poke out her eyes will be rewarded by Allah.

Amid the public vitriol around Mohamed Cheikh Ould Mohamed Ould M’kheitir’s case, his life hangs in the balance. For now, he will continue to languish in prison.