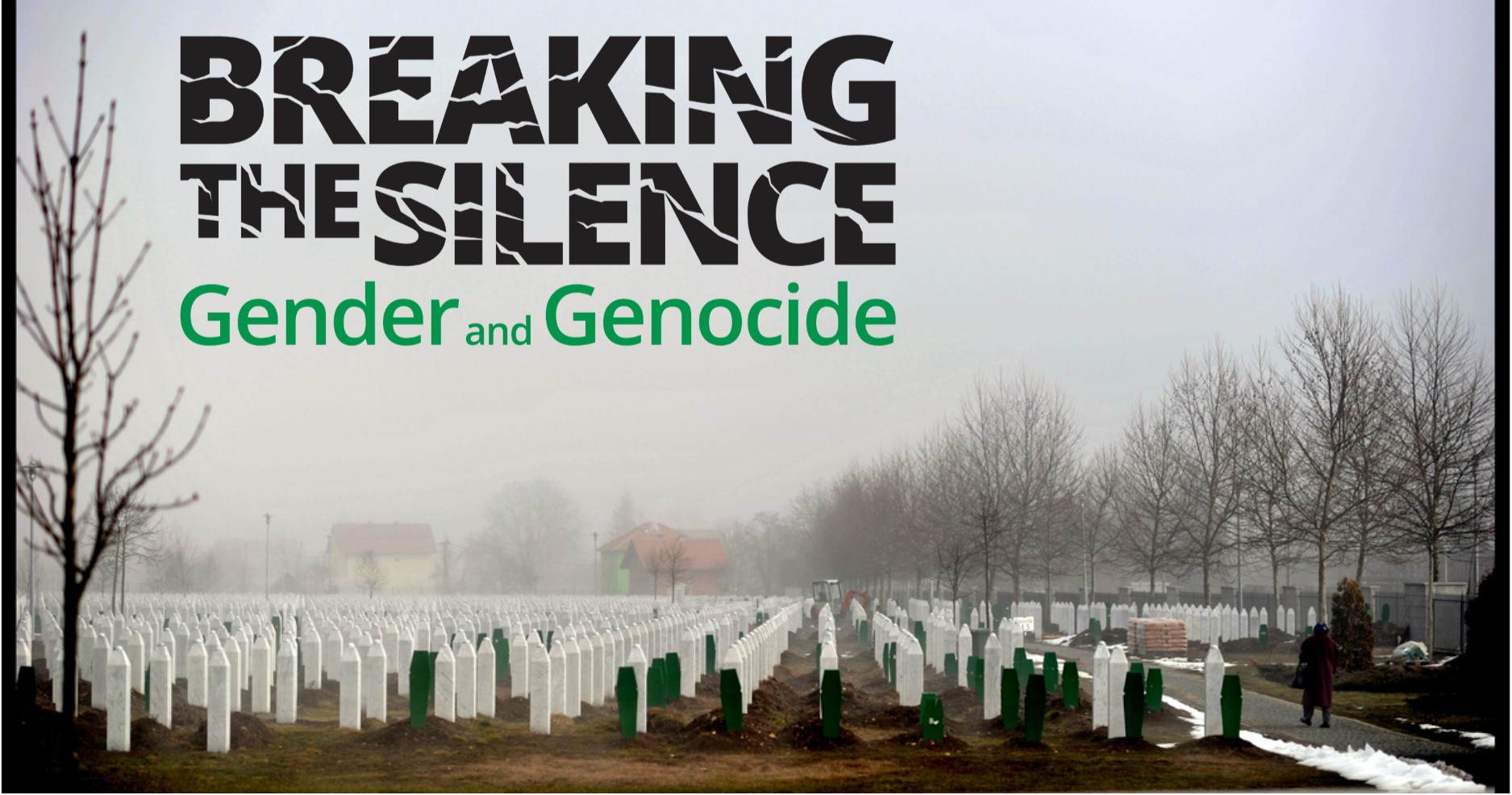 July 11th is Srebrenica Memorial Day 2017. This year, we are recognising the 22nd anniversary of the genocide in Srebrenica, during which thousands of men and boys were systematically murdered, simply because they were Muslim. It is vital to commemorate Srebrenica to take a stand against hatred and discrimination that targets groups based on their religion, ethnicity, gender, sexuality or any type of difference.

During the course of the conflict that took place in Bosnia-Herzegovina in the 1990s, between 20,000 and 50,000 women were raped, and sadly in societies all over the world, including our own, there still remains a lot of stigma around sexual violence. This year, we are working with the charity Remembering Srebrenica to commemorate the genocide, and to reflect on the experiences of women in conflict. Remembering Srebrenica’s theme this year is Breaking the Silence: Gender and Genocide. This year is about recognising the strength and resilience of women who have survived conflict, standing committed to challenging sexism and gender based violence within our own communities. You can read more about this year’s theme on Remembering Srebrenica’s website.

It is now more important than ever for us to come together, no matter what our background, to celebrate diversity and to stand together in solidarity against hatred and discrimination. I wrote about the Srebrenica genocide in a previous post last year, which I urge you to take a look at. It is vital that we remember this tragedy in order to not repeat the mistakes of the past and honour the memories of the innocent men, women and children who were killed, just for being Muslim.

I hope you will join us in mourning the loss of those who died at Srebrenica, and reflecting on how we as individuals, groups and communities can come together to build a better future without hatred.